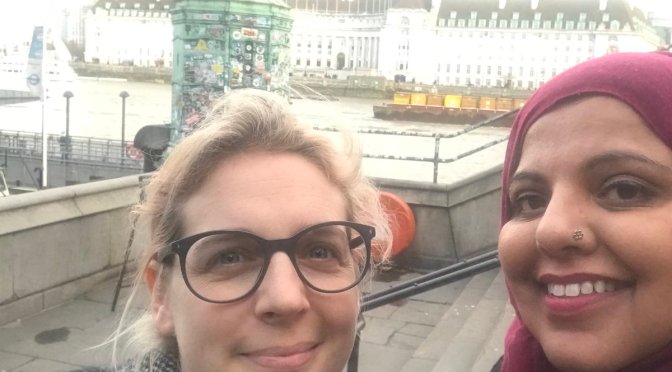 THE VOICE OF THE MARGINALISED

Alexia Pepper de Caires, Shaista Aziz and a small group of women founded NGO Safe Space in 2018  as a platform for intersectional feminists in response to #AidToo to gather testimonies on sexual harassment, exploitation and abuse in the humanitarian aid and international development sector.  NGO Safe Space seeks to disrupt patriarchalism and racialised power imbalances and structures in the international aid and charity sector.

Shaista Aziz is a former BBC News, Al-Jazeera and CNN journalist and has worked as a communications specialist for a number of international organizations including Amnesty International, Doctors without Borders (MSF) and Oxfam. She is currently Labour Party politician, councillor for Rose Hill and Iffley in Oxford City Council.

She has worked extensively across the Middle East, Pakistan, East and West Africa. Her writing and journalism have been published in a number of international publications including The Guardian, Globe and Mail, Huffington Post and New York Times. She regularly contributes as a guest on national radio and TV panel discussions including reviewing the newspapers for BBC Radio.

She is the founder of the Everyday Bigotry Project, anti-racism, anti-bigotry digital platform, and co-founder of the Women’s Advancement Hub, Pakistan and Intersectional Feminist Foreign Policy. She is a former stand-up comedian,